Richard Albert “Dick” Vermeil (born October 30, 1936) is a former American head coach for the National Football League‘s Philadelphia Eagles (1976–1982), St. Louis Rams (1997-1999) and Kansas City Chiefs (2001-2005). He is in the Sid Gillman coaching tree and has coached at every level; Vermeil owns the distinction of being named “Coach of the Year” on four levels: High School, Junior College, NCAA Division I and Professional Football.

Kurtis Eugene “Kurt” Warner (born June 22, 1971) is a retired, and former quarterback for the Arizona Cardinals, New York Giants, and St. Louis Rams of the National Football League. He was originally signed by the Green Bay Packers as an undrafted free agent in 1994, after playing college football at Northern Iowa.

In countries that adhere to the standards of the IOOCthe labels in stores show an oil’s grade. The U.S. is not a member.

The book has assorted photos of sunsets and sunrises 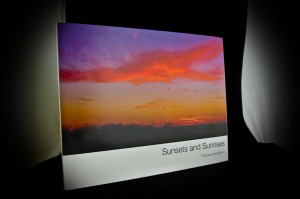 Union Square is an important and historic intersection in New York City, located where Broadway and the former Bowery Road now 4th Avenue, came together in the early 19th century; its name celebrates neither the federal union nor labor unions but rather denotes the fact that “here was the union of the two principal thoroughfares of the island” and the confluence of several trolley lines, as in the term “union station.” Today it is bounded by 14th Street to the south, Union Square West on the west side, 17th Street on the north, and on the east Union Square East, which links together Broadway and Park Avenue South to Fourth Avenue and the continuation of Broadway. Union Square Park is under the aegis of the New York City Department of Parks and Recreation.

San Diego, named after Saint Didacus (Spanish: Diego de Alcalá), is the second-largest city in California and the ninth largest city in the United States, located along the Pacific Ocean on the west coast of the United States. San Diego has a population of 1,279,329 (July 2008 estimate) This coastal city is also the county seat of San Diego County as well as the economic center of the San Diego–Carlsbad–San Marcos Metropolitan Area considered congruent with the county. It was rated the fifth best place to live in 2006 by Money Magazine. According to Forbes the city of San Diego ranks as the fifth wealthiest in the United States.San Diego’s biggest industries are manufacturing, the military, and tourism.

Photos from our Ireland outing.

Ireland, is the third-largest island in Europe and the twentieth-largest island in the world. It lies to the north-west of continental Europe and is surrounded by hundreds of islands and islets. To the east of Ireland is the island of Great Britain, separated from it by the Irish Sea. The Republic of Ireland covers five-sixths of the island. Northern Ireland, a part of the United Kingdom, covers the remainder and is located in the northeast of the island.

Miami, is a major city located on the Atlantic coast in southeastern Florida, in the United States. Miami is the county seat of Miami-Dade County, the most populous county in Florida. It is a principal city of the South Florida metropolitan area, which had a 2006 population of 5,463,857; ranking 7th largest in the U.S..

Chicago, is the third largest city in the United States, and with more than 2.8 million people, the largest city in the state of Illinois and the Midwestern United States. Located on the southwestern shores of Lake Michigan and next to Indiana, Chicago is the third-most densely populated major city in the U.S., and anchor to the world’s 26th largest metropolitan area with over 9.6 million people across three states. The Chicago-Naperville-Joliet MSA also grew more than an estimated 400,000 people between April 1, 2000 and July 1, 2006. Except for the southwest corner of O’Hare International Airport in DuPage County, the city of Chicago is located in Cook County.

Traditional rigging may include square rigs and gaff rigs, with separate topmasts and topsails. It is generally more complex than modern rigging, which utilizes newer materials such as aluminum and steel to construct taller, lightweight masts with fewer, more versatile sails. Most smaller, modern vessels use Bermuda rig. Though it did not become popular elsewhere until the twentieth century, this rig was developed in Bermuda in the seventeenth century, and had historically been used on its small ships, the Bermuda sloops.

The Gateway Arch, also known as the Gateway to the West, is an integral part of the Jefferson National Expansion Memorial and the iconic image of St. Louis, Missouri. It was designed by Finnish-American architect Eero Saarinen and structural engineer Hannskarl Bandel in 1947. It stands 630 feet (192 m) tall, and is 630 feet (192 m) wide at its base, making it the tallest monument in the United States. Construction of the arch started on February 12, 1963 and was completed on October 28, 1965. The monument opened to the public on July 10, 1967

The Jefferson National Expansion Memorial is located in St. Louis, Missouri, near the starting point of the Lewis and Clark Expedition. It was designated as a National Memorial by Executive Order 7523, on December 21, 1935, and is maintained by the National Park Service (NPS).

The park was established to commemorate several historical events: